Prepare to be Amazed : The Saturn/Sagittarius to Uranus/Aries trine peaks in late December ... 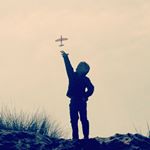 The Saturn/Sagittarius & Uranus/Aries trine is running now and will peak around the 20th December this year.

It is forming the kind of scenarios which will amaze: either incurring in some places a surprising increase in status or wealth via unconventional means. Or building the sort of disfunction from which a quick escape is sought. Uranus is the rhythm of the unconventional, the maverick, the sudden, the out of the way. Saturn of course is the stone in which all things greater have to be cast. Aries and Sagittarius, two of the more rumbustious of the fire signs, love to gamble or to dare. Sagittarius with a little more strategy, but still as go-getting as Aries.

Plans and ventures and schemes of all natures fall prey to this quixotic rhythm as the square builds. And Mercury in Sagittarius until the 2nd December will unfurl the various details and facts on which the main themes rest. Not until the Mercury retrograde motion in Capricorn on the 19th December to the second week of January will the details be sorted, or tested for durability, but as both Venus and Mars are in Aquarius for a great part of that month, the leverage to even greater expansion or unusual methods of supporting or transporting certain schemes to completion will brook no interference, even when the going gets tough or untenable. It may be mid-January when the common sense which Saturn is famous for kicks in and sorts the facts from the fiction, as Mercury goes direct again in Capricorn.

Uranus/Aries is unconcerned with the niceties, or the complexities, seeking only to get things to stages not previously reached. Progress is everything, even if it’s at the risk if long term stability.

The trine then continues loosely somewhere into April next, when Saturn retrogrades, gradually backing away from defused situations or those which can now move on, having found less perilous routes, or have dissolved altogether in the light of an insubstantial climate.

Posted by Perceptivity Astrology at 05:10