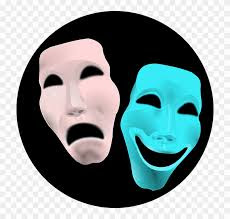 On the12th May Venus will retrograde in Gemini until the end of June. In this Mercury ruled, often conflicted vibration of air, it presents rifts, in thinking, attitude and standards. Especially in matters of personal belief or desire. Desire comes in many shades and forms, from the need to satisfy the private urges to the need to experience action in totally arbitrary areas of the outer world. What we thought we knew, or believed, or a conflict of interest at the heart of it. In short, contradiction or conflict between desire and necessity. A lot like bumping into glass doors which were invisible before immediate contact and finding the way in blocked.

The Mask slips ...
The square Venus makes to Neptune/Pisces from the 20th May to the 27th May is a mid-way point between aspects in the first week of May and the final direct movement of the aspect in the last few days of July. It is a chance to rewind or change course entirely iIn that 7 day period. It may for some become apparent that personal wishes or needs are not going to be fulfilled without much strain or cost at an individual level, but it may also give rise to alternative inspirations which are proven durable or do-able by the beginning of August. The infamous disappearing trick that can take place when Gemini and Pisces host planetary movement is legendary for dissolving hard facts, displacing the obvious or taking away the reality of what was once heavily relied upon to reveal different motives or reasons entirely to those once presented as fundamental. The resultant landscape is almost non-recognisable beyond the facade.

The default face of Gemini – the reality between the two forms or facets – is revealed in the retrograde period and shown more clearly.

Diversity of course is fuelled by necessity, the mother of invention. And diversity breeds innovation and promotes wider-thinking. Diversity does not have to mean conflict. Although many people are having to look at diversifying and control conflict whilst doing so. Venus in Gemini shows the more comfortable path, and the more satisfying means of accomplishment …. when the planet is retrograde the jury is out, and more evidence is required.

The other important retrograde this year – Mars in Aries – happens in September, and it follows on spadework or groundwork undertaken since July in matters pertaining to new starts, new ground or challenging pathways. And this marks the second level of fundamental progress for 2020 as Jupiter is then again direct in Capricorn.

Venus-Gemini retrograde meantime is something which causes deliberation, unreliability, lack of commitment, fickle or frivolous proposals without planning, and many other arcs of movement that disturb cohesion or don’t take root. But in its more positive mode it engenders the range and the periphery of life and horizons, or considerations which usually might be overlooked. It is nothing if not cunningly adventurous. Though it can often freeze-frame, or go silent during deliberation and contemplation and appear inert.

Some things produced or perceived while Venus is retrograde in Gemini:dislocation issues worsening then resolving. Reconciliation talks. Rifts in understanding. Rips in well worn fabrics. Facsimile. Mirror images. Things seen in reflection. Choice without wisdom. Spontaneity unlimited. Versatility frozen in action. The reality behind behind the mask.

Posted by Perceptivity Astrology at 05:37