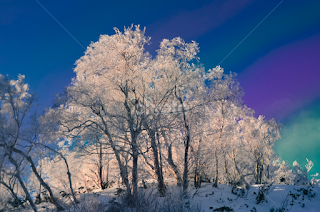 Saturn leaves Sagittarius and enters Capricorn on the 20th December this year, aligning almost exactly with the Winter Solstice, over which Saturn presides,and the entrance of the Sun into Capricorn on the 22nd. Saturn begins to really take hold some eight or nine days later. Seen often as the baddy of the astrological planetary system and much maligned, Saturn is responsible for order, discipline, staying power, and the glue that welds together the un-manifest and the material plane.The planet is often referred to as the doorkeeper between worlds.

Austerity, duress, isolation, inhibitions and bleak landscapes, both literally and metaphorically, and time itself, Saturn is known as the Judge and the Auditor of mortal development. But the rewards for Saturn’s scenarios are great. And what emerges from Saturnine periods of endeavor endures, both the good and the bad. Not a force to be reckoned with lightly, Saturn rules heavy machinery, rocky terrains, skeletal structure, security measures and commerce. Mundane Astrology is a different thing from the Astrology of the individual and the world connotations can be considered separately but in some areas are mutually inclusive with individual movement.

Saturn into Capricorn will be a leveler, that much we know. It will take the rough edged and the partly shaped and engineer clarity where there is none, or common sense where there is fanciful speculation (the province often of Sagittarius). The transit Saturn made through Sagittarius took three years and in that time we saw extremes of all kinds, exaggerated facts and sensationalism became almost the norm. It is incredible how this kind of atmosphere crept up on us. The media, the constant fear mongering and the drama; the way society has changed in that last three years is quite dramatic.

So can Saturn in Capricorn bring a reality check to a lot of subjects and situations that are hopelessly off the mark, definitely out of control and not useful to the demanding times we live in? Probably! In situations personal and collective, large and small. Nothing escapes the exacting scrutiny of Saturn, it purges and parses, often down to the bone.

Saturn’s transit through Capricorn will at various times make squares to Sun in Aries, Libra and Cancer. And to any other planets people have in those signs. The other two earth signs – Virgo and Taurus - also take influence; all the signs linked by element (in this case Earth) have traits borrowed from each other. The effects of Saturn are consolidating or they are debilitating. They require a step up or a step away, depending on circumstances.

The last time Saturn was in its own sign of Capricorn was in 1988 to 1991. It takes twenty eight to thirty years for Saturn to cover the whole zodiac. Thinking back to what was occurring in your life and events at that time, provided you are old enough, may give clues to the issues or side of yourself which will be affected this time round. It does not have to be a re-run, it can be a vastly upgraded or modified scenario of similar sorts, in different setting, giving different choices for different reasons. But the similarities will be there somewhere.

In a global or societal sense the effects of Saturn in Capricorn are already visible. The world has become a harder or harsher place for many people. The greed and the depravation are maybe two sides of the same coin. Capitalism and Government are both under the jurisdiction of Capricorn, as is penal reform and correction. The fact that banking systems, ecological sustainability and some forms of commerce have to change is a foregone conclusion. Saturn is nothing if not resilient at finding ways to forge cohesion and people to undertake the tasks: all contribution and work is to some extent the province of Saturn, for nothing lasting is achieved without effort and perseverance.

Integrity, responsibility, endurance, humility, forbearance and other old fashioned values may be partly forgotten in some areas, but will resurrect mightily in quarters we least expect. The Saturn/Capricorn transit is in three stages, in keeping with the three deconates of the sign. Firstly the accountability, and then the discovery and exposition and finally the amending and substantiation. Apply that to small and large developments in life, both personal and transpersonal, and you will have the idea of the issues affected.

Saturn in Capricorn is the bricks and mortar of life. It brings the subjects that matter to the main point, whether these are concern known only to the individual or to the collective as a whole. The individual decides what matters to him or her. But there are areas outside of us on which we all depend and to which we all contribute. Saturn brings the meat of the matter forward and cannot bear obfuscation and prevarication. Sitting on fences isn’t an option. Nor is disguising the end to justify the means. The posterity of the matter is most important to Saturn, while the austerity might be just a side-effect of achieving it. But the balance between the two is possible only with wisdom – the province of Saturn through age old experience and the cycles of time.