Mercury in Virgo Retrograde on the 30th August … purity of purpose. 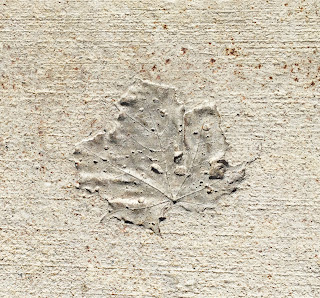 Purity of Purpose has nothing overall to do with morality or virtue, except in the inner or personal sense. It has all to do with clear vision and focus ….

Virgo, the planet of discrimination, integrity, reckoning, health and autonomy, is mutable earth and deals with all things which require pruning, sorting, categorizing, prioritizing and preserving. Mercury is the natural ruler of Virgo and operates between that sign and Gemini (its other responsibility). Facts and issues that are meant to last or endure are carried by Mercury in Virgo.
Jupiter has also been traveling through Virgo for the last twelve months and is due to leave and enter Libra in September, and so the enlargement or highlighting of matters are rendered to the scrutiny process of Mercury now where the minutia and fine detail is weighed and directed.
And what has passed and is proven is taken forward to the last Mercury retrograde motion of the year – which ends as it began, in Capricorn – and has then the emphasis on security, correct procedure and fitness of purpose. Both Capricorn and Virgo are concerned with worthiness of purpose in different ways. The worthiest and the purest is the provence of Virgo, while the ability and form are the provence of Capricorn.

Every last little detail - in the printed word, the hidden figures, the misplaced connection, until the picture is complete. Mercury through Virgo sees no detail as too obscure to be inconsequential, no pernickety little fact or clause too insignificant to be overlooked. Obsessive, pedantic and addicted to truth and integrity, Mercury in Virgo will scour the pot clean and turn out all the drawers for missing clues to what is not being readily shown.

After the Mercury retrograde motion in Virgo the wheat-is-from-the-chaff and the harvest is done. Following Mercury/Capricorn (phase 1) in January, which dealt with solid or plain fact, then Mercury/Taurus in May which saw to the quality or value of those facts, we have Mercury/Virgo which will sift and sort and prune until the issue is true to its initial concept. Only then can the loop be completed in the year long story, at the fourth Mercury retrograde in Capricorn in December/January.

Venus and Jupiter (the lesser and greater benefics) both in Virgo in August will have elevated or upgraded the conditions around our personal story – of which Mercury is the narrator – and the worth of this is now present by the end of September, or lacking in both substance and presence.

Mercury/Virgo is a stickler for precision, directness and honesty of intention. Mercury retrograde in the sign delays and exposes where these qualities are actually missing or lacking. So it may mean going back to the drawing board and conceiving a different plan. Or looking at the oversights in important points of connection and logistics – in whatever is your perceived venture of choice - and choosing different or integral parts, before December 19th if possible. Matters little whether your aims are personal, objective or something other, the communication and connectedness of Mercury lets the plan roll or sees it chicaned and off the track. 30th August until the 22nd September is the crucial time for examining and modifying or re-aligning. Though it may be better to let the dust settle until after the end of September before making important or final moves.

Posted by Perceptivity Astrology at 03:13