Mars in Scorpio in January - lasting impressions ... sequels in June/July 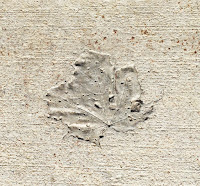 The start of the year sees Mars in Scorpio and the first Mercury retrograde motion in Capricorn. Both these effects denote scrutiny, diligence to detail and profoundly lasting impressions. Mars will double back through Scorpio in June and July, after turning retrograde in Sagittarius – the sign most disinclined to the qualities mentioned above. So there could be the need for about-faces, and back peddling, if there is not to be a dashing of optimism (the prerogative of Saturn in Sagittarius) and a drawing in of the boundaries.

The June/July weeks will more echo or mirror what was detailed and of importance at the beginning of the year, and as Mercury also began 2015 in Capricorn on a retrograde phase, then we can expect some repeats or more of the same. Same as what? we may ask ourselves. Search your memory for where you were, who you were with and what you were concentrated on. But this time, add a pinch of purpose – you and those involved don't want to be dashed again or taken round in circles, played for fools and generally messed about! And so Scorpio is host to Mars to ensure that doesn't happen. Or at least to try to avoid the undercurrents and the omissions which preclude the transparency and obscure the outcomes.

Apply this to the areas of your life where such scenarios are taking place and then prepare to act smarter this January than last, or to fast-track some problem or delayed movement to better lines. Exaggerations and over-optimism are something we all use to oil wheels at times, but we then need to drop them – like arm bands in the pool – as soon as we are competent and confident and know exactly what's what and what we can and can't do. Not just what we want to do, but what we need to do as a prelude to doing what we are able towards reaching that further stage in things that are unimportant to us in various ways.

Posted by Perceptivity Astrology at 03:48