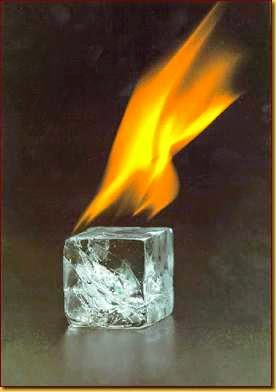 As a society we should know by now that money is not a direct force, it is not a real quantifiable source of nourishment. We should know by the signs and symptoms all over the place; the amount of charity shops springing up everywhere. The fact that even chic people now buy stuff at the Pound Shop, and some of their commodities are the best value for money! We should know by the plasticity (or rigidity) of lending! Does all this not tell us that money is an energy! Does it not convey to us that money and wealth are a relative attribute - relative to what is put forth and how it's configured – both by the individual and the universal law of supply and demand. Everything is energy, we are energy, our thought is energy. And what we think leads us to action, either premeditated or reactionary. Saturn in Sagittarius is explained more easily as 'the controlled and careful study and meticulous application to detail within otherwise chaotic spheres of influence'. Sagittarius is thirsty for knowledge – it's the sign of the scholar and Saturn favours scholars, or at least serious application to study in any of its forms.

Saturn enters Sagittarius on the 23rd December 2014 but will not get a real grip until the 2nd January 2015. This combination can be likened to fire and ice. Saturn is a restricting force, rather than a generous influence. Whereas Sagittarius is one of the most liberal influences in the zodiac. When they meet we get an overall case of extremes to either degree of the spectrum. The transit will take three years and end on the 19th December 2017 - a long transit by Saturn's usual timescale so one which is fairly pivotal within lives. Saturn is cool and measured on the pursuit of truth & rectitude - Sagittarius is hot on the pursuit of experience.

The transit has an effect on everyone, not just on Sagittarians, although those born with personal planets and ascendants in the mutable signs of Pisces, Virgo and Gemini (as well as Sagittarius) will perhaps feel the most effect. We hasten to add that we are all affected in different ways via the zodiac as a whole plus the interaction we have with the planetary maps of others.

Sagittarius – among other things - is the sign of speculation, high-end investment and gaming. Along with sports, equine activity, academic study, hard partying and other profoundly defined pursuits. Sagittarius loves to let it roll to its full extent …. whatever it might be, whilst Saturn loves to reign it in. So we can see that the conflict or the dilemma may be some spectacular tug-of-war ending in total defeat for one side and complete triumph for the other. We can apply this to things like the general economy and other inflammatory social topics. And in individual lives, to the kind of expansion and progress necessary for upgrading levels of everyday living from the mundane or difficult to the more elevated and easy. We can see there will be inhibiting periods of frustration or wilder excursions into risky and unknown territory. Think of your worst area of concern, the compartment of life which weighs you down or costs you dearly in terms of money and expendable energies, then you will have the picture.

Saturn in Sagittarius is a deal breaker, a hard-line broker of facts – the banker at the casino with the po-face and the blank stare, beckoning you on then showing you the door within the same framework of time it takes to get your hopes up and place your bets.

Saturn in this buoyant vibration of Sagittarius is dealing with the lack of money and the flexibility of money and the consequences of the shortage of money, not to mention the abuse of money. It will show us the extremes at both ends. And that where we start is not always where we end up. The Sagittarian nature is known for its propensity to looking before leaping, plus an exuberant optimism riding on strong desire. So we have the world of speculation, stock markets, hard and high yield investments and any sort of trade where hazard and chance play a great part. All under the auspice of the Jupiter ruled Sagittarius and its traditional ninth house domain.

Conversely, Sagittarius and the ninth are also concerned with the profound, the academic and the spiritual. They are concerned with theology, fate, the element of chance and the unknown forces of 'The Universe'. For at the end of all the rhetoric and study the universe is a vast lottery of unknowns and invisible parts. Saturn in this sign begs or demands the curbing of the chance and random side of things, from the money markets to the housing markets, the spiritual and the cosmic. It demands that some disciplined approach be taken to what was hitherto unbridled or unruly. We may break man made laws with aplomb and get away with it, but we break universal laws at our peril. Universal Laws prevail, whoever is in power, and whatever the current fad for civil order. Law and policy - also the province of Sagittarius and the ninth house - will be affected by Saturn/Sagittarius, and perhaps radically. A general election looms for the U.K. and who nowadays puts any faith in what politicians are doing? But the extremes are there even so … party agendas, more forceful public opinion on matters that the public are insisting are fundamental so that politicians are having to agree. Interestingly, Sagittarius also rules comedy and clowns … put your own constructions on that! But then comedy always has a darker side.

The square Saturn is making now to Neptune/Pisces out to the end of 2016 will have a subtle effect. Everything Neptune achieves is subtle, whilst Saturn likes it visible and solid. At first there will be half measures until the extremes kick in. Then it may in some circumstances mean failure through neglect or indifference, and in other cases it may begin to dissolve the obstacles and problems previously preventing beneficial consolidation - this much depends on the individual situations or people in question. Saturn square Neptune undermines and usurps and can be very corrosive, and this may contribute to the extremes to which Saturn/Sagittarius lends itself.

It's a question of thoroughness, aptitude and respect. Saturn in Sagittarius draws in the reins, ropes in the stragglers and lines up the best of a wide selection. It is discernment amid passion, or rectitude over reckless fancy.

There is little doubt that Sagittarius will bend to the will of Saturn; all the zodiac influences do so. Think of the past two years of Saturn in Scorpio and the darker side of life revealed, the hidden and the secretive flushed out where no-one thought it possible. Saturn will override Sagittarius's more liberal and avant garde approach when it suits, and moreover will use it to get to where it wants to be to exert ordered influence or reckoning. Woe-betide the fakes, the predatory and other extortionists in general. The age of Saturn/Scorpio rattled the skeletons and exposed the culprits and the Saturn/Sagittarius era will set about totally curbing them, including the high and previously hallowed places. It will take a new stance on law making. It will enforce better rules on horse racing, sports, farming, betting and pedlars of booze, including breweries …. to name but a few. To call Saturn-Sagittarius a party-pooper is not out of the way, but for those who want to see more order and sense in areas which seem to defy systems it might be seen as a gratifying and saving force.

Posted by Perceptivity Astrology at 03:00