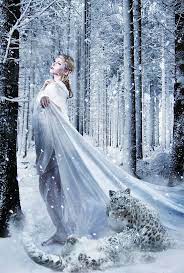 When Venus transits Capricorn there is often a hard winter.  There may also be a hard economical climate. Venus/Capricorn is not known for largess or wastefulness. But for frugality and careful distribution .. to say the very least.

When Venus retrogrades she closes her eyes - to the positives or the beneficence of any of the qualities the hosting sign has to offer. And Venus this year will retrograde on the 18th December until the 28th January, incorporated in her overall transit of Capricorn which began November 5th and ends 5th March 2022. The 18th December to 28th January can be likened to her being non-receptive, not allowing supplication or accepting gifts (or bribes) but girding her loins and staying implacable or stoical (both Capricorn terms of reference) to any with whom she does not agree, or does not recognise.

But the beneficial consequences of her conserving and cautious ways are within all the essences with which she is associated  … the power of grace, the patience to bide time and the ability to withstand forces of nature - which she cannot do nearly so well in any other sign or vibration. The ice maiden she may be, but also the fair and intrepid provider of all things necessary, to nature and mankind, and the preserver of these in times of hardship, bleakness or other duress. By March next a lot of changes and adjustments to thinking, planning and general being will have taken place - individually as well as collectively. When she moves with Mercury in the latter half of December to the start of next year, she will be particularly exacting or didactic about matters which she considers integral to the greater welfare of her domain at later times … farming, agriculture, nature, procreation and respect for higher source. Mercury retrograding at the end of January once more into Capricorn for two weeks will signal the need for unfinished business or concerns of December to reach conclusion. When Mars joins Capricorn in February the action will be on the things she has highlighted - or refused to sanction.

Uranus through Taurus - one of the signs she rules - is ensuring presently that changes in matters over which she had dominion are already sweeping and real. She will trine Uranus in the third to last week of November and then again in the middle of February - bringing conclusions to what has been fought over or subjected to disagreement in the November to February period.  Personal matters, matters concerning the sacred nature of life, and other more arcane or hidden rhythms, are beloved of Venus, whose subtlety is without question and whose sanctions are prerequisite to the ongoing flow of all we know to be cherished on earth.

Posted by Perceptivity Astrology at 05:37