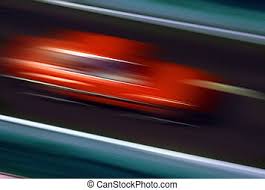 Mars prepares to go direct again from the 12th January, having been retrograde since the end of September. Followed by Mercury in Capricorn direct on the 18th of the month and Uranus in Taurus direct on the 22nd. The forward motion of Mars alone will make many of us feel better .. physically, emotionally and environmentally .. the static period of those main motivational drives (Mars) has caused depletion, distortion and the often backward movement of understanding upon situations needing review or amendment in order to take things forward - in one of the most challenging periods in modern history.

The ongoing transit of Mercury - until its next retrograde motion in Taurus in April - can galvanize floating agreements or ground the more tenuous points which make stability possible. The Mercury/Capricorn transit is always one to bring facts to book, or to distinguish fact from fiction. With the slow entrance of Pluto into Aquarius in March and the quicker entrance of Saturn into Pisces in the same month, the period from mid February to mid March is one which gives glimpses into what kind of support we must leave behind and into resultant situations we need to address.

Pluto rules cycles of time and the recycling of energy (power). It governs generational change through autocratic means. Saturn in Pisces may overwhelm emotionally, or intervene strongly in turbulent waters, but Pluto (as 2024 ensues) will oversee the politics of the overhaul - both universally and personally - the influence is always in the macro and the micro. Planet Mercury, small but indispensable, can trip and topple processes and procedures in the finer details. Transiting in Capricorn and Aquarius it gives sway to the exacting and the far-reaching, linking the past to the future and connecting systems which revise and revolutionize - but in strict parameters. In Gemini, Mars cuts through divisions and calls for connection between diverse parties. The culmination of a lot of negotiation and tension reaches a peak in March as Mars leaves the sign.