Power of Unison in Consciousness ... 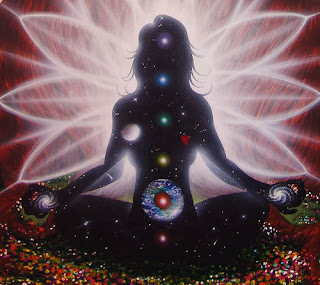 Change your perception and change your frequency, lose the fear and retain the Spiritual Integrity


Our energy strengthens when we gather in mindfulness, or prayer, or in spiritual union.  To ban religious fellowship, spiritual gatherings, weddings and ceremonial celebration is one way to decrease or drain human energy. Because collectively we are stronger and separately we are weaker.  But the consciousness is not related to the physical. What we think is more important than what we say. We are drawn to those who are in unison with us, at many levels, but especially on the mental and emotional level.  All religious texts talk somewhere about gathering in the name of God.  It is part of the human pathology over centuries of time to want to gather in unison, and to be able to do so. Think why this might have been stopped. Even in the time of the great plague the churches remained open. The war now is waged on the awareness and the consciousness of mankind.  We are walking into a separatist society which needs to be stopped. The energy when we are collected is finer and higher and connects easier to source.  We have to try harder to access such vibration when alone.  Each of us must find a way to do so, for the shift now and the battle is between third dimensional physicality and fifth dimensional awareness or purity.


A few short months ago we were being told to talk to each other - the U.K  had an epidemic of loneliness - money was thrown at t.v. advertising. (we cannot speak for other countries).  Over 9 million people of all ages testified to unmitigated loneliness and isolation.  Now we are being herded into an indefinite period of 'separatism'. When we are alone or isolated many are weakened. Isolation anxiety affecting over 9 million is a huge number.  But this virus (or whatever it really is) is not a reality for everybody .... your vibration is the key.  Your vibration is resonating to your state of mind and heart....

If some people are not aware of what is going on now, then maybe they never will be.  The rift in humanity will be enormous - it is made of consciousness.

Watch these videos .... and make up your own minds.  (our video list changes routinely)

Cornea of the eye, crown activation & power of the Sun
https://youtu.be/0XDqGSu4ZFA

Posted by Perceptivity Astrology at 03:41